Professor from Jessenius Faculty of Medicine led a team, that discovered breast cancer before development

Professor from Jessenius Faculty of Medicine led a team, that discovered breast cancer before development

Scientists and researchers from Martin are able to predict in advance, which type of breast cancer may be developed. Tissue, which later become malignant, has encoded certain tumor-specific genes in itself. Thanks to their analysis, researchers can detect disease half a year or a year in advance, while the cancer process has not yet started. There may be many lives saved.

Examination does not run in practice nowadays, while currently there are over 250 women involved in 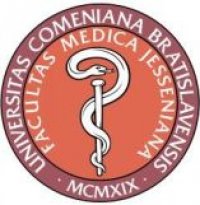 clinical study. One analysis of genetic costs about 170 euros. Thanks to grant, scientist cover costs from the fund for research. In the future, the examination could be used in particular for high-risk groups of patients, especially for women, which have similar disease in their family.

Head of the research team, professor Pavol Žúbor from the Jessenius Faculty of Comenius University in Martin, stated that according to genetic changes in breast tissue, they are able to predict forms of breast cancer, as well as future levels of aggressiveness of the disease.

Head of the research team, professor Pavol Žúbor from the Jessenius Faculty of Comenius University in Martin, stated that according to genetic changes in breast tissue, they are able to predict forms of breast cancer, as well as future levels of aggressiveness of the disease.

“The presence of specific genes and excessive activity tells us whether the tissue or lump in breast is malignant or not. In other words, even though pathologist cannot spot malignancy of tissues, the gene profile may indicate probability of development of tissue to cancer, “said Professor Mr. Žúbor.

In Slovakia, there are 2,400 new cases of malignant breast cancer every year. At present there are no credible means for the prevention of disease. The best chance of survival is early diagnosis.

This unique method could be used for women who have cancer in the family and have high risk, that they may face the same risk. In case of positive findings, the women can be set to specific preventive therapies such as gene or hormone. “Part of the results of our research has been already used in clinical practice,” recalled Žúbor.

Head of Gynaecology and Obstetrics clinics at University Hospital, Mr. Martin Danko feels that this method may present appropriate prevention for certain high-risk groups. “It is now more probable, that for certain type of tumor, there are signs, that breast tissue may be developed to cancer. This could be and treated in advance, especially for patients in whose families history of the disease exists,” he said.

According to Mr. Danko, many women underestimate the fact of occurance of cancer in their family. If mom and grandmother had breast cancer, it is highly likely that also daughter will have the same disease. Regular checks are thefore recommended.

In most cases, breast cancer occur without any evident risk factors. Therefore it is necessary to closely monitor any changes in the breast, perform self-testing plan and clinical breast examination and mammography.

The risk of breast cancer increases with age women, with most types of cancer develops over year of 50. The occurance of the disease is also supported with a diet rich in fats, ionizing radiation rays, tobacco and alcohol, as well as long-term use of female sex hormones (estrogens). Furthermore, women who have had breast cancer one, having three to four times greater risk of developing cancer again.

The findings hearth scientists are part of a long-term and extensive breast cancer research being undertaken since 2005 and funded by the Ministry of Education of Slovakia and structural European funds. The importance of their work is real, since the results were published in renowned international journals, focusing on clinical oncology, molecular onkobiológiu, onkohistológiu and cancer prevention.